Additionally during last months Cellnex has reached new growth agreements in France, Portugal, the UK and the Netherlands with an accumulated investment of €1.9 billion

The net result for the year was negative (- €351 million) due to the substantial impact of higher amortisations (+73% vs. 2020) and financial costs (+64% vs. 2020) associated with the intense acquisition activity and the consequent expansion of the Group’s geographic footprint, as well as two extraordinary and non-recurring impacts on the result for the year. These correspond to the voluntary early retirement plan for Cellnex Spain subsidiaries for the period 2022–2025 (€80 million) which was announced in December 2021, and the increase in corporate tax in the United Kingdom, which will rise from the current 19% to 25% in 2023 (impact of c. €100 million corresponding to the updating of deferred taxes).

Bertrand Kan, Chairman of Cellnex reflected on 2021 by saying “It has been an excellent year for Cellnex.  We are very pleased with another year of strong growth in operations, cash flow and margins, in line with guidance.  In terms of business composition, we have achieved strong progress, starting operations in one new country, Poland, and consolidating our position in France, the Netherlands, Portugal and Ireland.  In addition, we have continued to expand the scope of our business, starting to provide fibre, active equipment and other services to our clients”.

“Generally, we continue to benefit from the secular trend of increasing connectivity between people, things, societies and economies and the technological evolution that facilitates it, in which our passive and active infrastructure services play a key role.”

Tobias Martinez, CEO of Cellnex, highlighted how “growth has been driven by both organic and inorganic factors. The consolidation of our operations in five of the six countries in which we acquired assets from CK Hutchison following the 2020 agreement and the acquisitions announced in the early months of 2021 has grown the Company’s geographic footprint, with double-digit increases –between 50% and 60%– in revenue, EBITDA and recurring cash flow. This growth will continue to have a significant knock-on effect in 2022, when several of these operations will have been part of the Group for a full year”.

“We have also seen a positive performance in terms of organic growth, which increased to around 6.2%, demonstrating the strength of our business and strategy”.

“As our Chairman has pointed out, in 2021 we demonstrated our ability to grow in like-for-like terms, with services ‘adjacent’ to towers that increase the ways we can support our customers. We continue to strengthen our long-term partnerships and relationships, which is evidenced by our new multi-decade  agreement with BT in the United Kingdom to strengthen the current service provision agreement , which now can be extendedup to 2040. We also continue to bet on connectivity projects in public transport networks, private networks for industry or with DAS and Small Cell technologies in high–density environments. These business lines will continue to support our organic growth over the next few years.”

José Manuel Aisa, CFO and M&A Director of Cellnex, noted the Company’s ability to finance itself on the markets, underlining how “the Group’s growth strategy continues to find strong support in the debt and capital markets. 2021 once again showed Cellnex’s attractiveness, completing another €7 billion rights issue —the fourth in two years— and launching and covering five bond issues for a cumulative amount of more than €6 billion. We continue to find our investors to be very receptive to and benefit from good conditions in terms of cost of debt. I would also highlight that we have formalised the financial framework for the issuance of debt linked to ESG objectives, an essential step for the Group as we look to the next issuance of sustainable bonds.”

Cellnex has a debt structure that is flexible, owing to the various instruments used.

In 2021 Cellnex concluded acquistions in France (Hivory), Austria, Denmark, Ireland, Italy and Sweden (CK Hutchison), Poland (Play and Polkomtel Infrastructure) and the Netherlands (DT sites) through which it has incorporated a total of 46,600 sites to its portfolio of infrastructures in Europe and Build to Suit (BTS) programmes covering more than 13,000 new sites in these countries up to 2030. The overall investment associated with these operations was over €18.8 billion.

Beyond the closing of these transactions, in recent months the company has also announced new agreements in France with Bouygues Telecom –for the construction of up to 2,850 new additional sites by 2028, the acquisition of two additional Central Offices (datacenters) and the expansion of the joint fibre to the tower deployment project announced in 2020–, and with Iliad, –for the roll–out of up to 2,000 new additional sites by 2028–; in addition to the agreement with Société du Grand Paris to provide connectivity to the new lines 16 and 17 of the Parisian underground. Overall additional total investment in France is close to €1.5 billion.

Significant new investments in this period include the agreements reached in Portugal to expand cooperation with MEO –through the acquisition of nearly 700 additional sites– as well as the acquisition of 63 sites from ONI; the projects to provide connectivity to the London to Brighton rail line in the United Kingdom; and the ProRail rail network in the Netherlands. These total close to €400 million of additional spending.

Cellnex has also reached an agreement with BT to enhance their current MSSA (Master Site Service Agreement)  due to end in 2030, with a multidecade partnership agreement, which includes the option to extend it until 2040 with an “all or nothing” clause.

Additionally, as was already planned, the Company has exercised the right to purchase the 30% that Iliad still held in the tower company  (with an investment of €950 million) that was created to manage the sites acquired by Cellnex from Iliad in France in 2019. Both companies, Iliad and Cellnex, have also reached an agreement through which Cellnex increased its stake by 10% (to reach 70%, with an investment of €140 million) in the company that manages the Play sites in Poland, while Iliad will continue to hold 30%.

The cash outflow associated with the exercise of these purchase rights may be offset by the estimated proceeds – around €1.1 billion – from the divestment of 3,200 sites in France, required by the French competition authority, as well as from the potential divestment in the UK that may be proposed by the UK’s Competition and Markets Authority (CMA) as a result of the current phase two investigation of the acquisition of CK Hutchison’s UK assets.

Cellnex confirms the forecasts for the various key indicators (Revenue, EBITDA and free and recurring cash flow) for financial year 2022:

The efficient deployment of next–generation connectivity is essential to drive technological innovation and accelerate inclusive economic growth. Cellnex Telecom is the independent wireless telecommunications and broadcasting infrastructure operator that enables operators to access Europe’s most extensive network of advanced telecommunications infrastructure on a shared–use basis, helping to reduce access barriers for new operators and to improve services in the most remote areas.

The company is listed on the continuous market of the Spanish stock exchange and is part of the selective IBEX 35 and EuroStoxx 100 indices. It is also present in the main sustainability indexes, such as CDP (Carbon Disclosure Project), Sustainalytics, FTSE4Good, MSCI and Standard Ethics. Cellnex’s reference shareholders include Edizione, GIC, TCI, Blackrock, Canada Pension Plan, CriteriaCaixa, Wellington Management Group, Capital Group, FMR and Norges Bank. 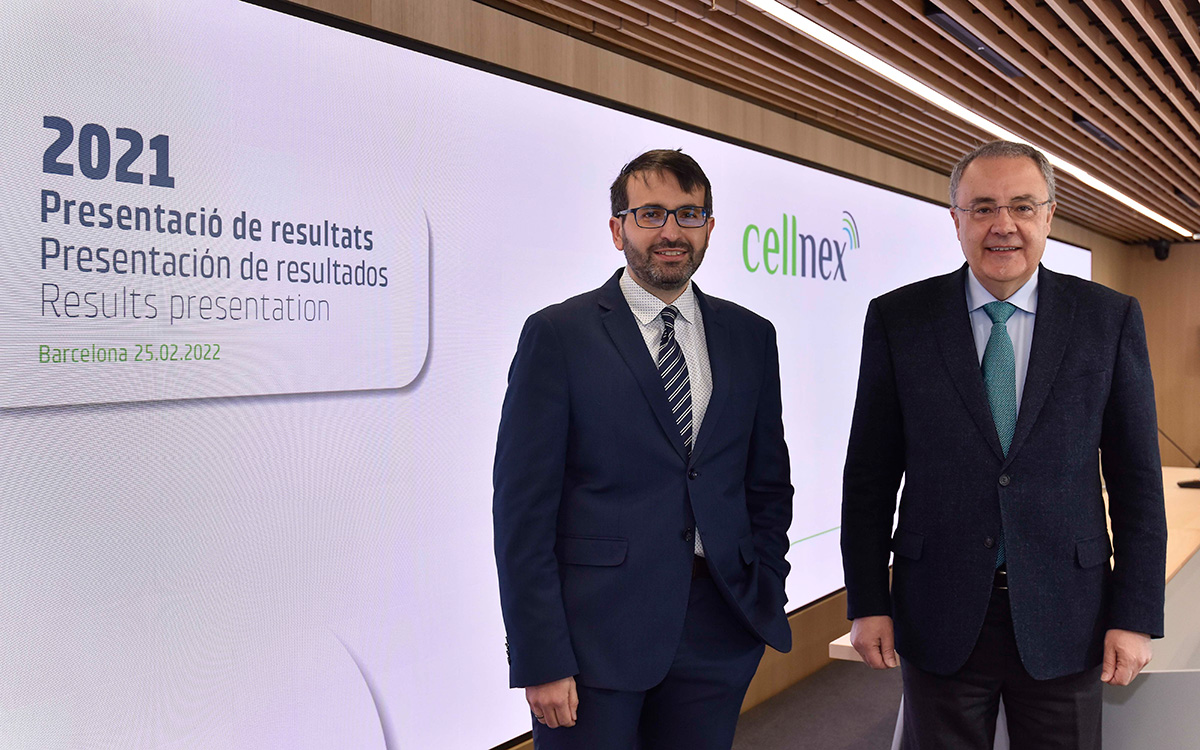 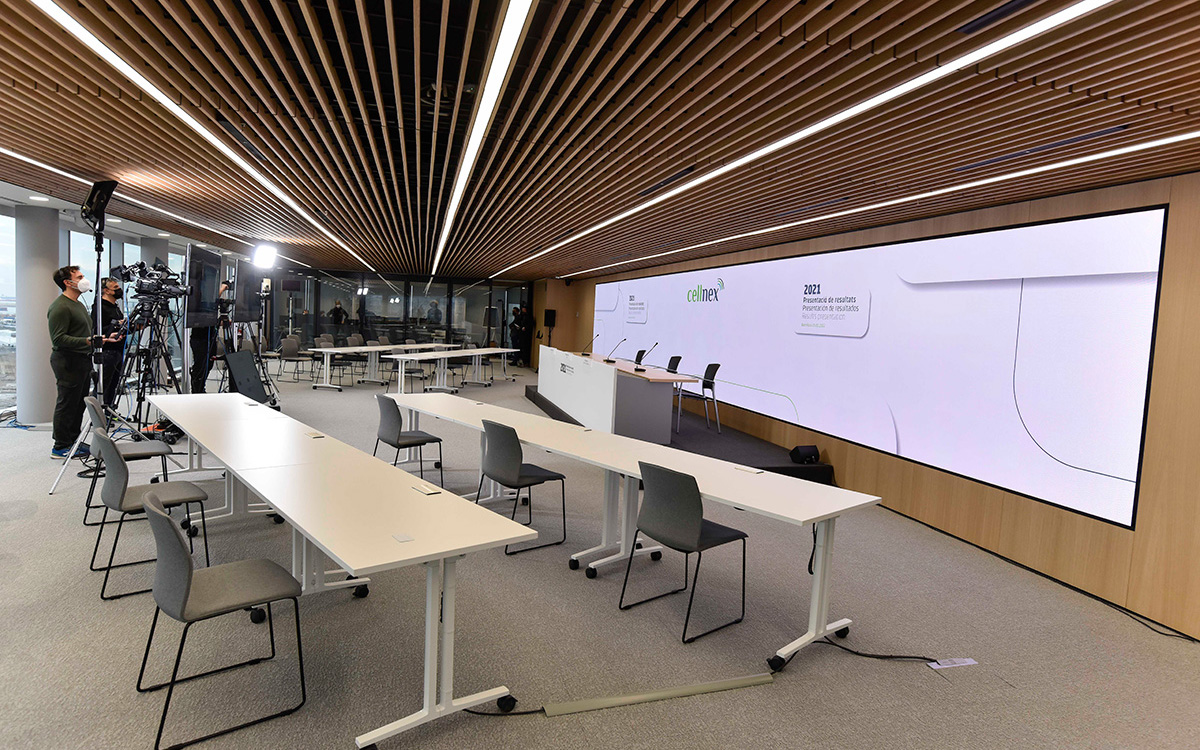 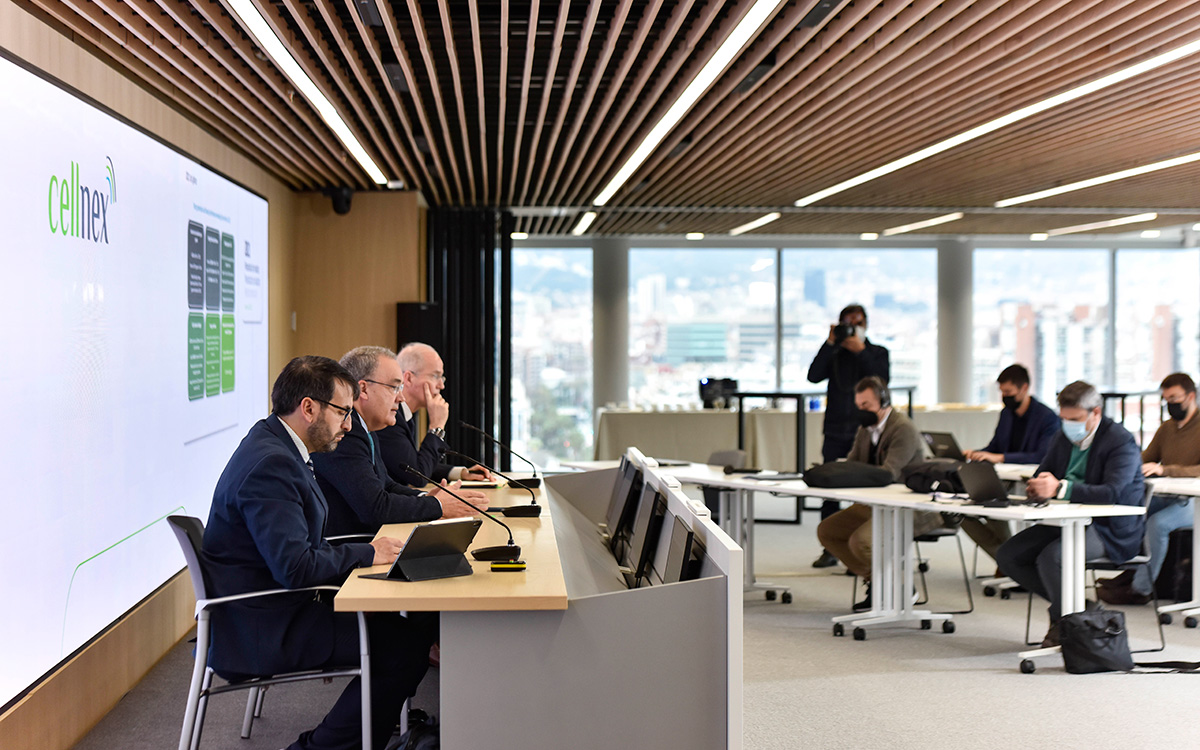 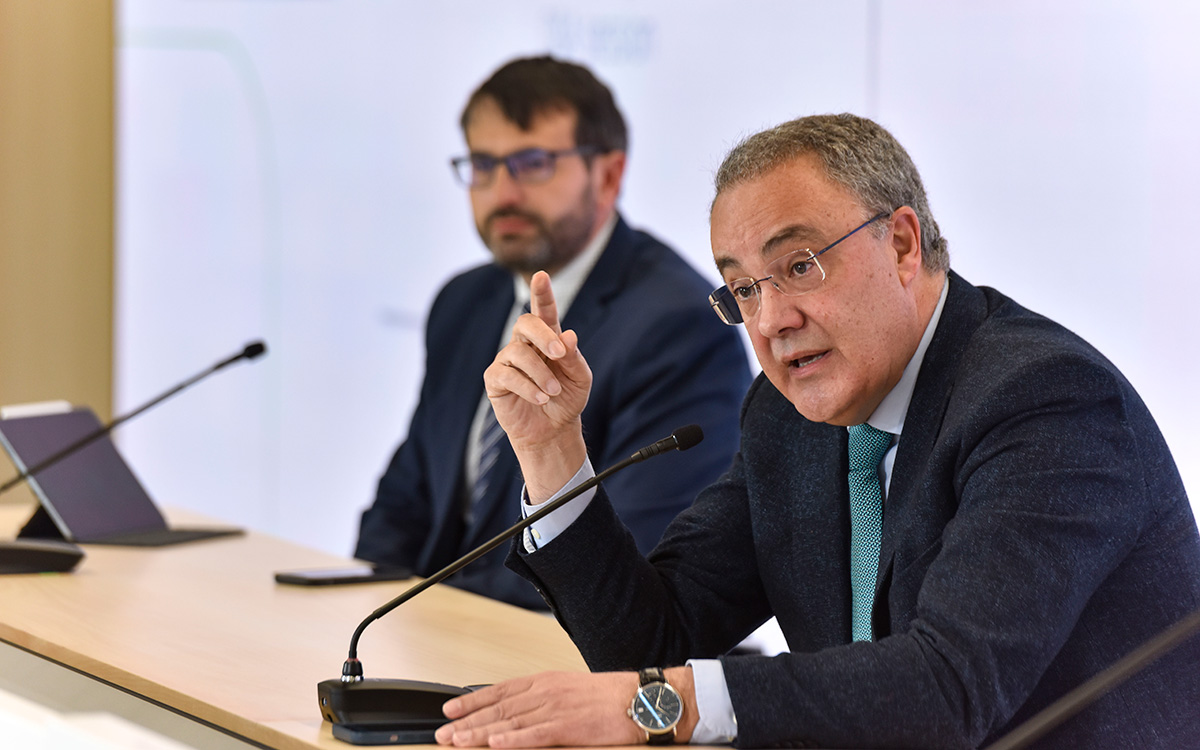 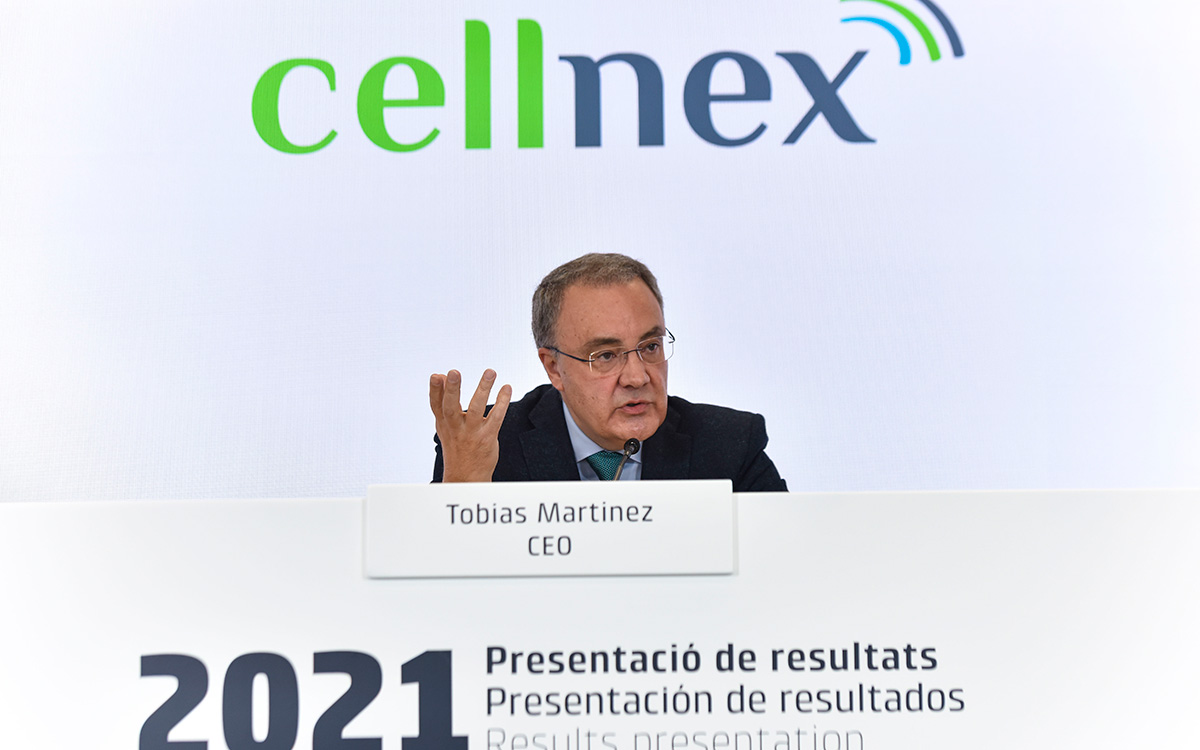 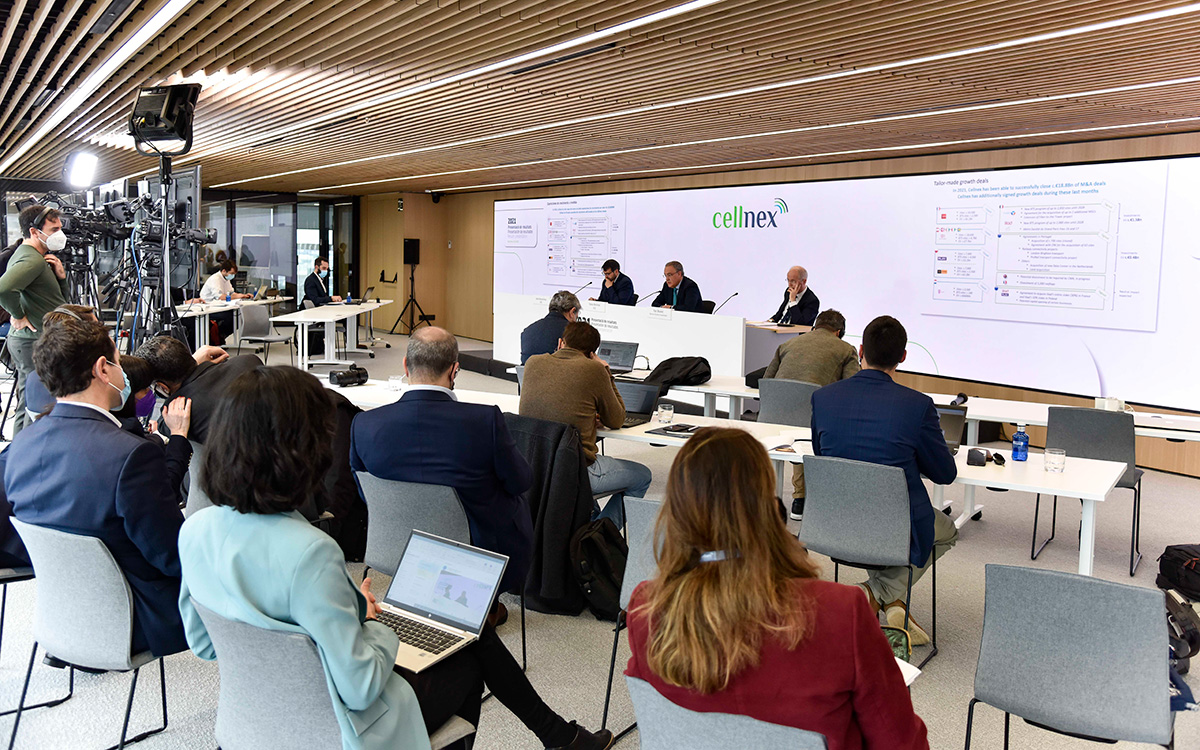 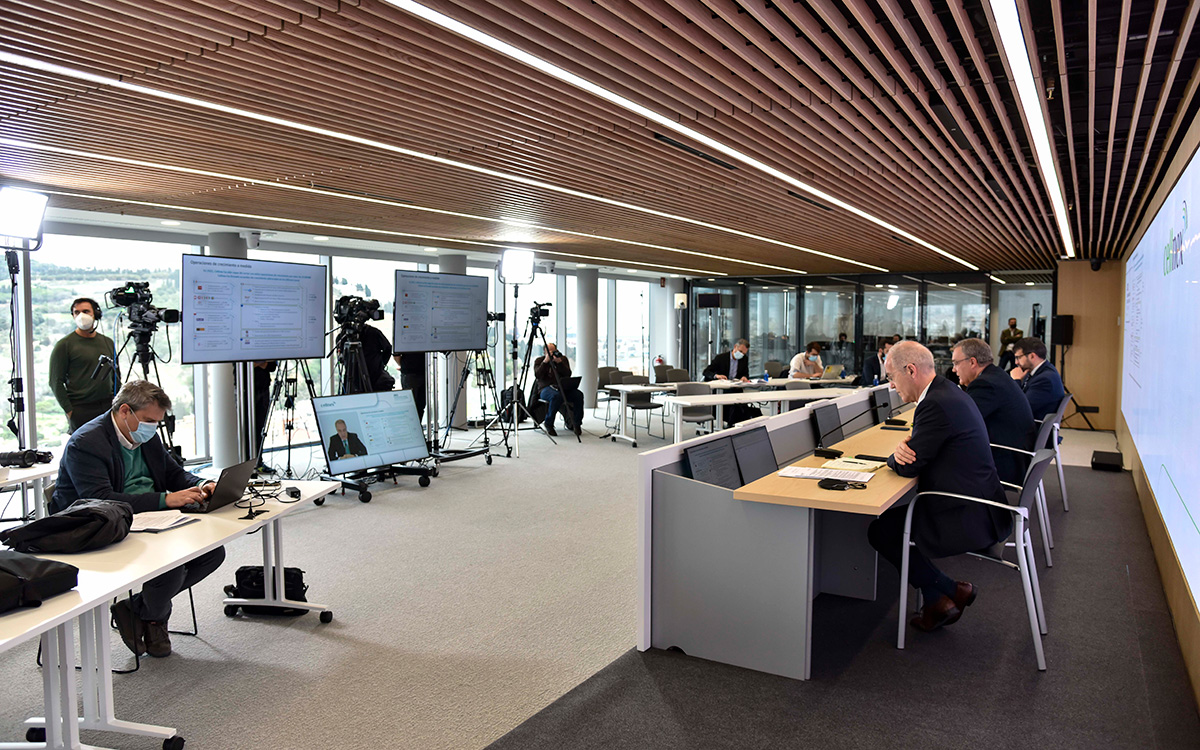 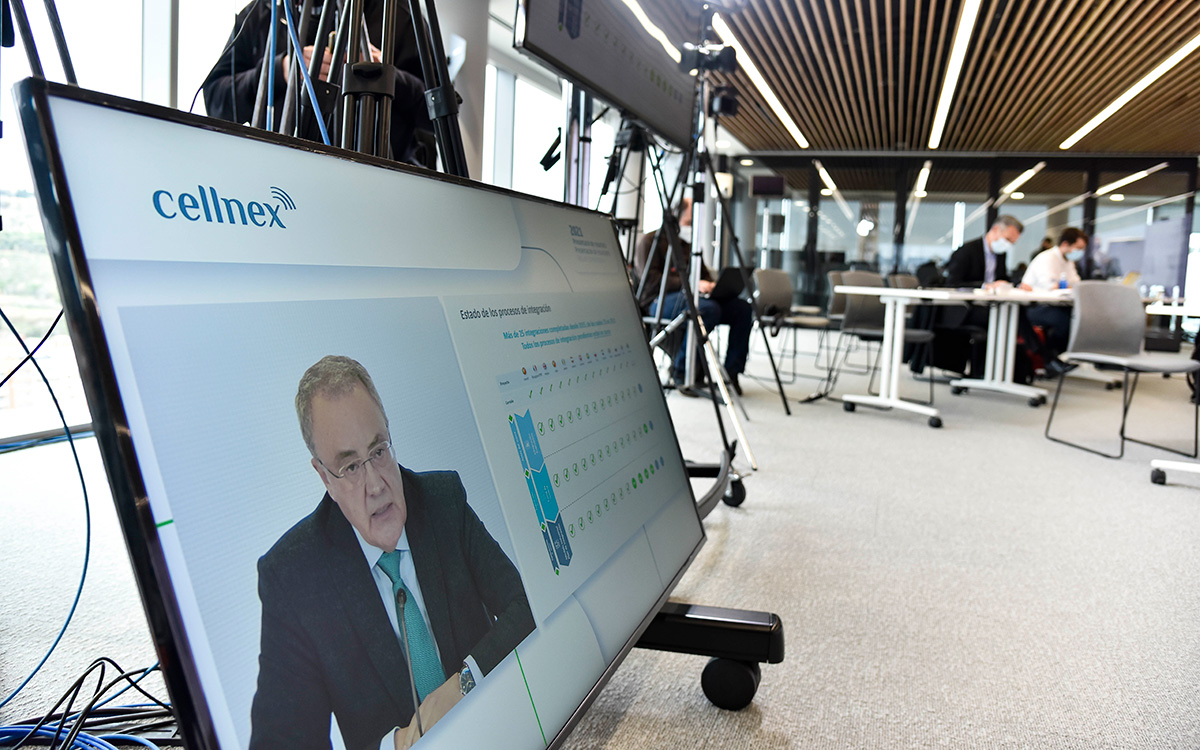