5G to bridge the digital divide

It is eight a.m. and in Guadalema de los Quintero, a district of the municipality of Utrera (Seville), the Alonso family begins a new day. María, the eldest daughter, is watching the latest episode of her favourite series on a streaming platform while her younger brother is chatting with classmates on his mobile phone. Their parents are starting their working day connected to videoconferences; all with a single internet connection and simultaneously.

This would not be a special event if it were not for the fact that Guadalema de los Quintero is home to part of the 16.4% of the Spanish population that has an internet connection of less than 100Mbps, according to the report on Broadband coverage in Spain. And the fact is that, in a world in which access to good connectivity is increasingly important for society, business, agriculture, telemedicine or education, there are still many rural areas with no bandwidth access, either due to the complexities of rolling it out or obstacles represented by the terrain or vegetation.

To help bridge this digital divide between cities and rural areas, Cellnex has rolled out a 5G Fixed Wireless Access (FWA) solution in Guadalema de los Quintero, which would be equivalent to a high-speed fibre connection, but via the mobile network. This connection has connected the households in this district at speeds of over 600 Mbps, and with low latency, allowing families to enjoy simultaneous access to multimedia content, videoconferences, streaming, etc. 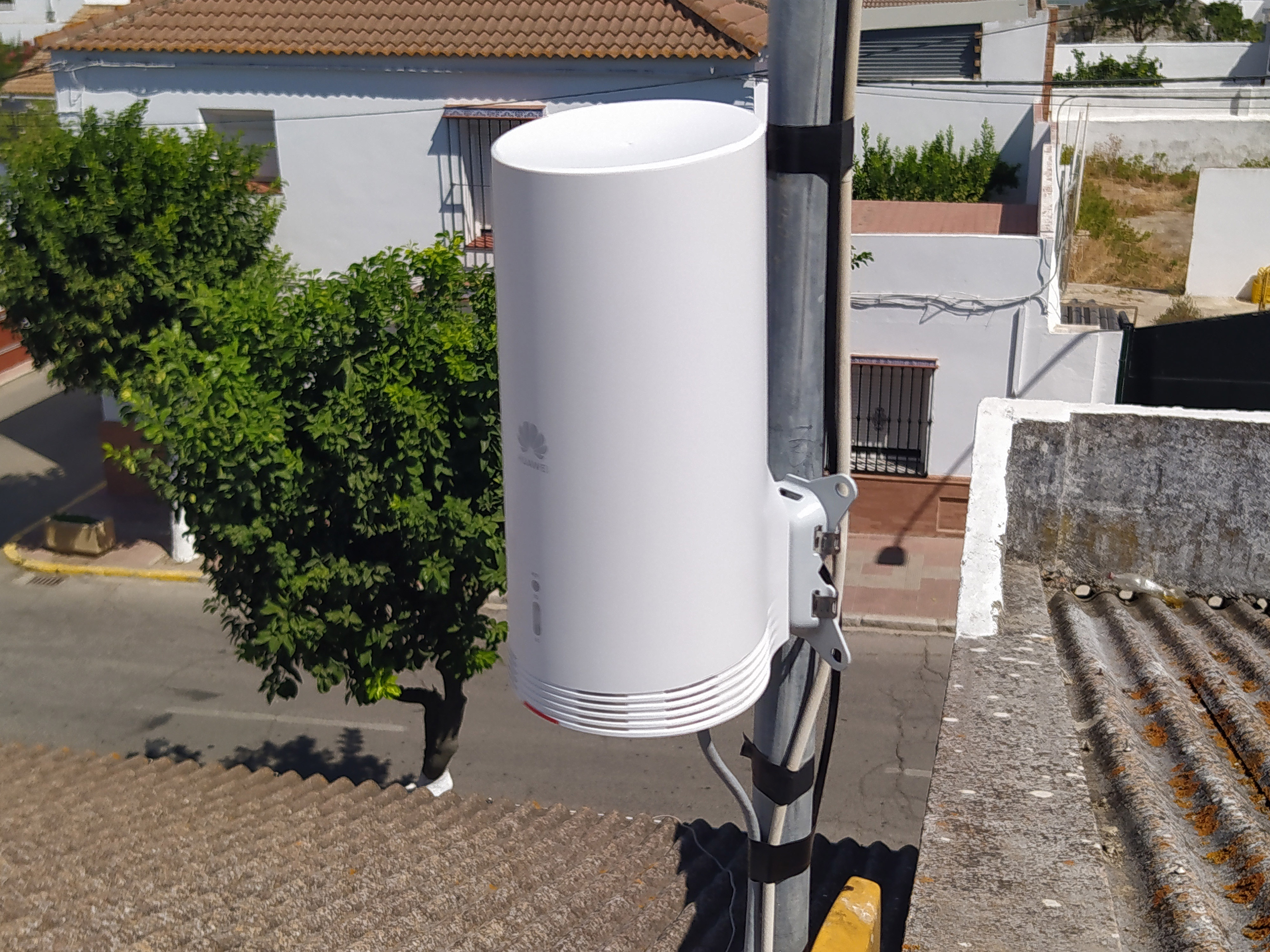 This solution has made it simpler to roll out the system and has sped up the availability of much-needed connectivity, including in rural areas. The aim is to make it easier for residents, businesses, farmers, health professionals and educators, among others, to participate in the digital economy regardless of their geographic location.

The project is part of the Red.es 5G pilots in Andalusia: 32 use cases, led by Vodafone, that are being developed in areas as diverse as agriculture, healthcare, smart cities and territories, security and defence, society, the digital economy and culture, digital transformation and tourism. To perform these use cases, a 5G network will be rolled out in various parts of Andalusia, with solutions such as that deployed by Cellnex in Guadalema de los Quintero. On this occasion, Cellnex offered to provide active equipment (5G antennas) to Vodafone, and managed the relationship with suppliers, as well as installing the equipment. In this way, Cellnex is strengthens its relationship as a partner with mobile operators as part of the new 5G infrastructure roll-outs.