Five years of a transformational project

The share value of Cellnex, the stock market revelation, has increased by a factor of more than five.

When infrastructure holding Abertis unveiled the IPO prospectus of its telecommunications division in April 2015 as part of a “targeting strategy”, its managers could hardly imagine that Cellnex would go on to become a darling of world stock markets.

One month before launching the new brand under the motto “Driving telecom connectivity”, the telecoms division of Abertis was preparing its début with investors by borrowing to buy 7,300 mobile phone sites in Italy in the prelude to what would be one of the most dizzying transformation operations in business history. 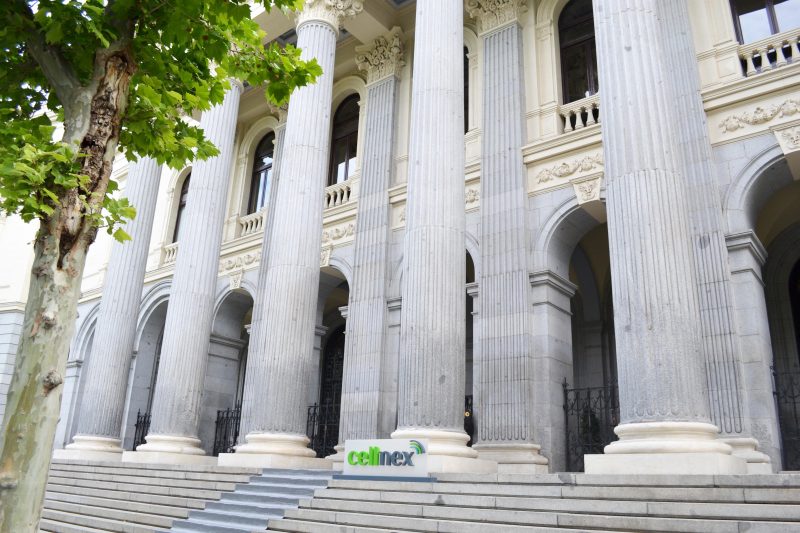 Just a few days later, on 7 May, Cellnex went public with a ten percent rebound after Abertis placed 60 percent of the company’s stock among institutional investors in an IPO that valued the company at €3.248 billion. Five years later, this conglomerate is the sector leader in Europe, with €1 billion in turnover, 1,600 employees and a market cap of nearly €18.4 billion, supported by considerable geographical diversification and business mix.

Access to capital markets and an ‘equity story‘ that has enamoured the investment community made it possible to fulfil a dream of expansion based on specialisation and inorganic growth that is not only the envy of a great many managers but has also received the unquestionable backing of the markets in price terms.

A market hungry for this type of company has allowed Cellnex to finance its expansion through over-subscribed low-cost debt issues or capital increases.

The average cost of drawn debt is 1.7 percent, with liquidity of €6 billion in cash and undrawn credit available to allow any opportunities to be seized.

These figures are not insignificant for a company that has built much of its value on the back of expansion with acquisitions. With the markets firmly behind it and an obsession for protecting its credit ratings, the company has invested or committed more than €13.5 billion since its stock market début to acquire or build approximately 54,000 telecommunications infrastructures (up to 2027) in addition to the 7,000 the company already held just before clinching the first operation in Italy.

For many analysts, the secret of Cellnex’s success lies in the management team’s ability to grow the business by taking purchasing decisions under strict criteria of future profitability, regardless of macroeconomic uncertainties caused by expectations of the use and modernisation of vital telecommunications infrastructures.

Although purchasing equipment and sites and increasing market share require considerable efforts in terms of integration, and while it might appear prudent to consolidate now future income seems to be assured, many people see even more opportunities in the short/medium term that could further consolidate the company’s leading position.

The trend among telecommunications companies, the former owners of the networks, continues to be to monetise assets to focus on their core businesses, and that is the main focus of Cellnex, which in 2019 identified opportunities worth €11 billion, of which it executed 9.5 billion.

“We believe that pressures on balance sheets across the sector, dramatic stock price trends and rising 5G investment risks will force telecoms to continually monetise their towers, offering the company a rich M&A portfolio”, stated JP Morgan in a recent report explaining that many towers in the eight markets in which Cellnex operates could be for sale and sees significant growth potential there.

In a recent interview, Cellnex CEO Tobías Martínez acknowledged that in two or three years’ time the company could be managing twice as many towers as it has currently, focusing its potential mainly on the eight countries in which it is present (Spain, France, Italy, the UK, Switzerland, Ireland, the Netherlands and Portugal).

Analysts at Kepler have identified 313,000 towers, belonging to various groups, which could become acquisition opportunities for Cellnex at some point.

On the fifth anniversary of its birth as a brand, Cellnex is the European leader in telephony, data and broadcasting infrastructure, serving more than 200 million people with nearly 61,000 towers and with a prominent presence in buoyant “smart” solutions for industry, society, institutions and cities.

Despite the vertical rise in the share price, Refinitiv data showed that there were 14 “buy” and “strong buy” calls out of the 22 analysts covering the stock, with only two advising a sell option. Ten analysts are of the opinion that the stock can appreciate further, with target prices of over €50 per share.

Even with the Covid crisis causing the worst turmoil on the stock markets since the Great Depression, Cellnex has shown itself to be unusually resilient in growth terms, and in spite of this staggering rise, there are no signs of vertigo by investors. 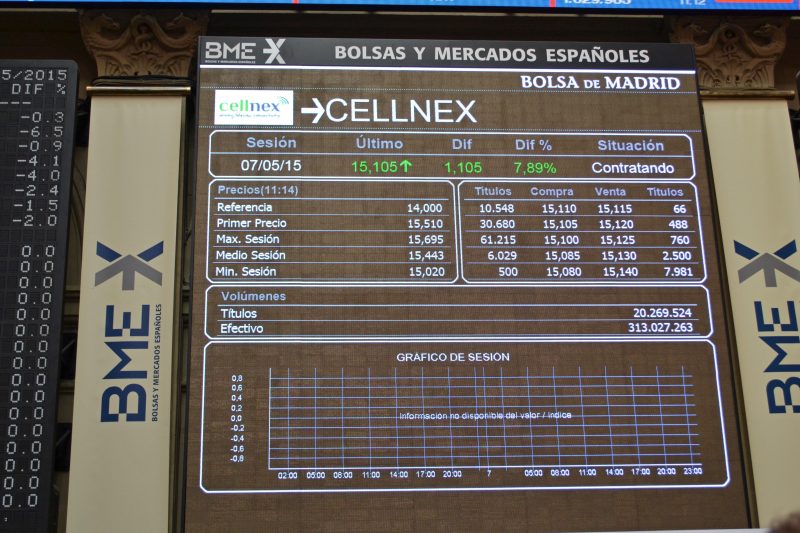 The crisis caused by the Coronavirus has put the virtues of the business in the spotlight, with an unprecedented demand for network and communication capacity at a time when many companies are taking advantage of the effectiveness of teleworking forced by exceptional circumstances.

“Business as usual” was the headline of an Exane BNP Paribas report published on 17 April that stated that Cellnex stock was one of its favourites in the current situation because the company continues to explore and conclude business opportunities, showing it to be crisis-resistant.

In the first four months of the year, the IBEX was down almost 30 percent, while Cellnex stock appreciated by 24.6 percent, making it the best-performing on the IBEX-35 and one of the best in the whole of Europe.

In the worst days of the Covid stock market turmoil – between 19 February and 30 April – Cellnex fell 2.3 percent compared to 31 percent for the IBEX.

“More than a place to hide” was the title of a Barclays report dated 16 April. The bank’s analysts recommend “overweighting” the stock, with a target price of €55 per share.

Consistent organic growth and a backlog of future contracted sales of €44 billion at the end of 2019 would seem to explain this resilience in a sector that is growing strongly as it faces up to the fundamental roll-out of 5G networks.

As it gained market share, over the last five years the company increased its turnover by an average of 16.15 percent a year.

With a predominance of engineers among the workforce and an average employee age of 43, the group has gone from generating €378,183 in income per employee at the time of the stock market début to over €600,000 in 2019.

In spite of the difficulties posed by the crisis, Cellnex believes that, regardless of any possible additional purchase opportunities that could be around the corner, consolidating the latest acquisitions will allow it to meet its forecasts for 2020, which point to an EBITDA more than 50% higher than in 2019.