The work of IT departments has been key to ensuring business continuity during the Covid-19 crisis.

“We have done nothing exceptional.” So begins my conversation with Diego de Andrés Gaspar, head of IT at Cellnex, in an interview in which I try to understand, in order to explain, the importance of the work of a department which, while working in the background, has lived through some of the most challenging times marked by the urgency and the exceptionality of the lockdown due to the Covid-19 virus.

“Perhaps the exceptional thing is that everything has continued as normal,” he insists as I recall the words of the British actor, director and playwright George Arliss: “Humility is the only true wisdom by which we prepare our minds for all the possible changes of life.” And the fact is that, for this almost invisible department, the changes that ensued since the governments of the European countries started ordering lockdowns in mid-March have been extraordinary and their response has been momentous. Diego leads a team of 37 people in Barcelona who serve the group’s workers in the eight countries in which the company is present.

Like all large companies, Cellnex has solid contingency plans but, as has occurred in all large companies, reality has far exceeded even the most pessimistic scenarios of any hypothetical emergency. “We have our contingency plans for unexpected problems, attacks or situations that can jeopardise business continuity, with the idea that we can move a percentage of the workforce to another centre if necessary” explains Diego. “But these plans were overwhelmed by the situation in which we found ourselves overnight. With almost all of the workforce off-site, with as many workplaces as individuals and as many facilities as homes (…) and that complicates things,” he says, acknowledging a certain challenge for the first time. However, his modesty soon reappears: “But we have been lucky, in inverted commas. Since we are an international group, and taking into account that the lockdown started slightly earlier in Italy, we were able to get slightly ahead and to work in full knowledge of what lay around the corner.” 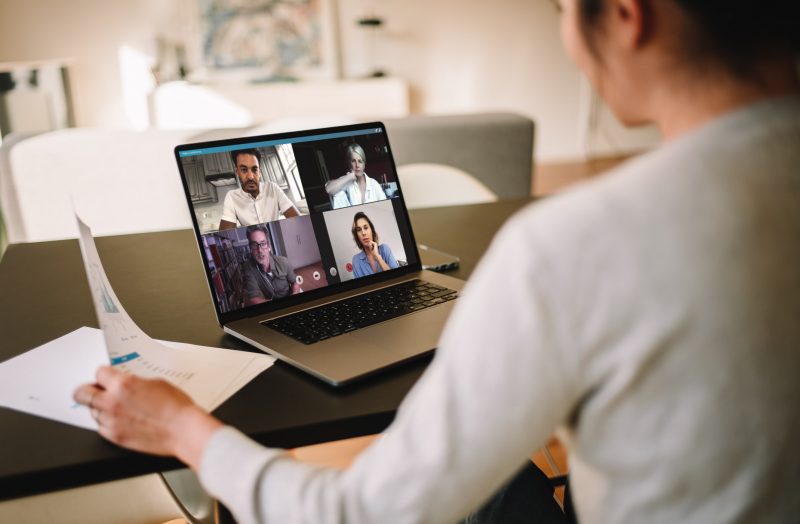 In the light of the Italian experience, we stocked up on laptops before supplies dried up as a consequence of the lockdown and increased our lines of communication, resizing them in accordance with the looming situation and were also able to acquire additional VPN services. “As a result of the situation we were seeing in Italy, we were on alert and had a pilot running shortly before the lockdown order came in Spain, which quickly moved to a full-blown operation that worked well,” he explains. “The process was also relatively simple because we had adopted cloud solutions months before, which greatly facilitate remote working.”

“Video conferencing has increased by more than 1,000 percent since January. We have gone from a specific use by certain groups to a fully generalised use involving millions of minutes” explains Diego to emphasise that the systems withstood the pressure well. “If anything, the problems have affected the platforms, which have had to reduce image quality, adjust bandwidths (…) but in the end they have worked excellently under the circumstances.”

He acknowledges that during the first few days of lockdown the number of incidents handled by his department grew significantly, although it was more in the form of requests, sometimes driven by an irrepressible need to stock up on tools in case it proved impossible to acquire them in the more or less dystopian future. “It’s funny, because the same thing happened with IT as with supermarkets – people began to hoard items in a rather irrational way. The vast majority of requests were for things that people had pending, and with the arrival of the emergency, perhaps they had thought that IT was not going to provide them service.”

One of the areas in which the department had to work against the clock and dedicate greater efforts and resources involved guaranteeing voice traffic, something that really has faced difficulties in these times of exponential growth in telecommunications services. “We really did encounter some difficulties in voice … during this time, traffic was frequently interrupted and we worked long hours to optimise it” he explains in a telephone interview that is being managed by computers via mobile phones.

“The issue of voice traffic has been particularly important for control centres, for example those of Maritime Rescue, where it is absolutely vital to guarantee the quality of audio reception on their computers, and the integration with call centre software.”

The fact that a pilot was launched about a year ago to experiment with teleworking once a week also helped in the new reality. “There were spikes with a lot of work, but now we are beginning to stabilise,” he explains, although he acknowledges that there is more complex background work than usual. “For example, we can distribute security patches in offices in a controlled way, but now we have to do it for each person with different profiles and connections, and that forces us to plan much more.”

In short, the IT manager summarises the situation as follows: “What we have done is to consolidate structurally what was initially planned as provisional because, although we thought they were temporary solutions, this situation is here to stay.” The fact is that, as in so many other challenges in life, this experience will help us to become more efficient in our way of working, which will necessarily be different from now on and, as we have seen, will be very dependent on the vital work of this division which we take this opportunity to thank.

Journalist and founder of Newsbub