When the Black Eyed Peas invited me to take the stage

An innovative initiative at the Cruïlla Festival allows you to virtually go on stage with the participating bands and enjoy the concert from the couch.

She played the piano since she was six years old. At twelve, she handled herself perfectly with bass and guitar. She had hundreds of compositions hidden into the depths of her Mac but none of them had ever been captured by a human ear other than her own. The concept of stage fright fell short for Olivia… She could barely participate in a couple of end-of-year events at the music school where she studied before abandoning herself to a profitable and compulsive self-taught learning process which only increased her creative shyness.

But on July 3 her life took a turn when she first experienced the sensation of interacting with tens of thousands of people – about a galaxy for her─ sharing the stage with one of his favourite bands, the Black Eyed Peas. In the centre of the stage she enjoyed vocal harmonies and compositions awarded by half a dozen Grammy awards and a good handful of number ones. Emulating Fergie, the band’s former vocalist, she could feel the heat, the excitement, the connection with the public and other feelings of fullness very difficult to explain for someone new to performance. 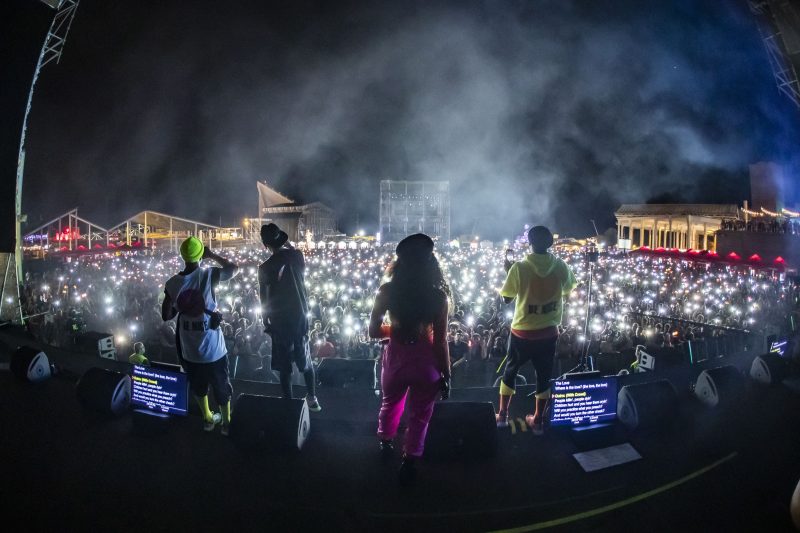 Defying her deepest fears, she was even able to stroll along the wide stage, absorb the nuances of the monitors and approach the public’s enthusiasm without exposing herself at all. Those augmented reality glasses powered by a multi-angle camera, and an improved streaming system will probably change her life forever. Who knows if this experience will break the curse and let her share with us some of her compositions.

This could have perfectly been the immersive experience of some of the 1,200 people who tested from the comfort of the Village their conversion into rock stars in the 10th edition of the Cruïlla Festival, during one of the first 5G technology global tests applied to the industry of entertainment and live music.

The project, promoted by the festival itself and by Mobile World Capital Barcelona, has been technologically developed by Acciona, Cellnex, Qwilt and Masmovil, each of them putting their specialization at the service of this three-dimensional experience. When they told me about the project, I was a bit sceptical; I have tried different methods and had several experiences with immersive reality and beyond the undeniable “wow” effect of the first moment, I have almost always been dizzy, and it felt out of touch with reality although their goal was to test the user’s experience. Specifically related to the attempt to broadcast live events, these experiences were the dream of big entertainment companies. On many occasions technical failures rather than eagerness were behind that disappointment, but the Cruïlla initiative shows that these obstacles are a thing of the past. 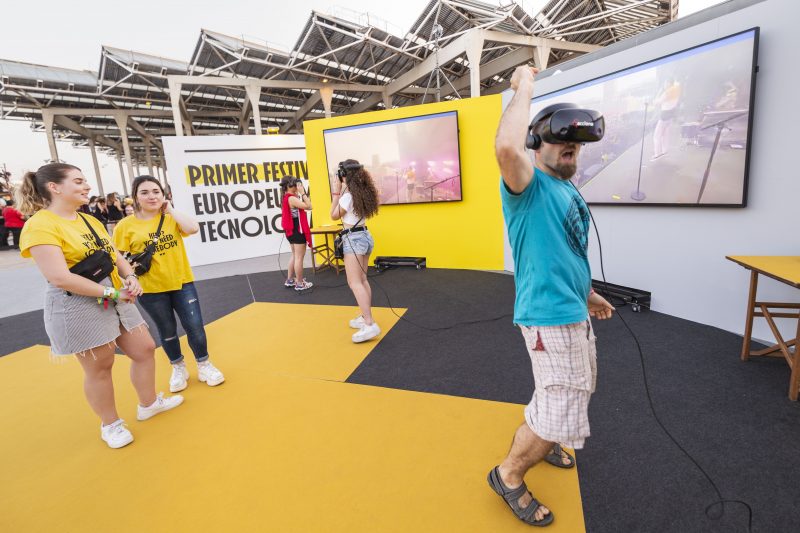 “We wanted to offer festival goers the opportunity to live the experience in a different way. When we were deciding the use case, we thought of many different options under the premise that when you go to a festival you do not want just a virtual experience, but to feel the real thing. At first, we were seduced by the idea of offering it to people with reduced mobility who can hardly acces the front lines, with the idea of placing the cameras among the public”, explains Miguel Manjón, Product Strategist at Cellnex Telecom. “Later we figured that if we installed the camera on the stage, we were really offering a unique experience, the height of VIP entrance tickets“. The great innovation of this project was live streaming. “Until now, 360 video transmissions were recordings, now with 5G it is possible to achieve high quality real-time broadcasting. In short, it is a different way to access the venue. Technology allows us to combine immediacy with mobility”, says Manjón. “The project will serve to make progress in the development of new technological experiences in the field of culture and entertainment”, explain the partners of the project, which is part of 5G Barcelona, a public-private initiative that aims to turn Barcelona into a pan-European 5G digital hub as a kind of open laboratory in a real Smart City environment.

In fact, given this experience, we will soon be able to score with Messi after some amazing dribbles, compete with Nadal in the next Wimbledon tournament o feel the vertigo in its purest form going through the corkscrew in Laguna Seca riding Marc Marquez’s agile Honda. “As a result of this initiative, we have been offered to test experiences in different live events, especially in the world of sports”, acknowledges Manjón.

The key is that, unlike other alternatives we have tested so far, the use of technologies applied to this experience allows you to really move around the spaces, watch and listen on site and experience, in short, the sensations in a vivid way. At a time when reality has many surnames and in which virtual activity is fully installed, the concept of VR (Virtual Reality) gets for me the first validation of the desired R. 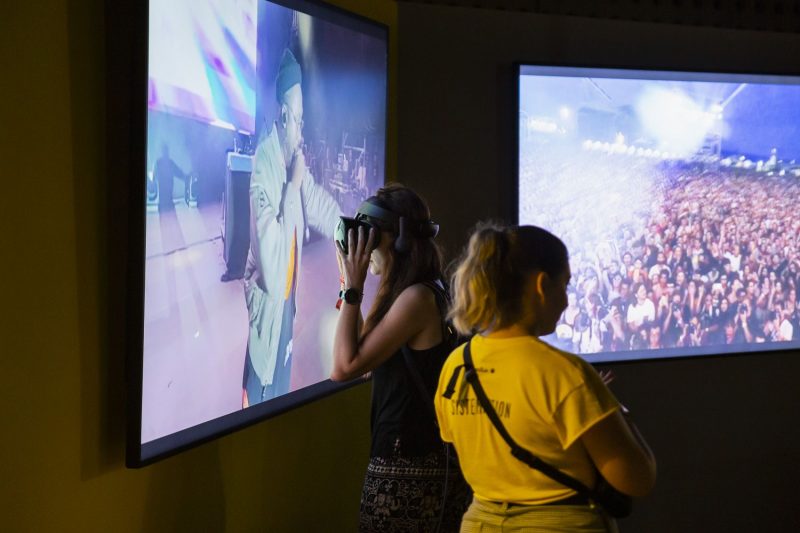 There are several reasons that explain the immersive feeling of the proposal ─in which latency or response time is minimal─. The first one is the use of 5G technology, which exponentially multiplies the bandwidth and reverts to greater reliability and sense of reality. The second is that the images taken by a 360-degree camera from the main stage are transmitted already processed via small cells – micro antennas – to 3D virtual reality glasses.

Additionally, the live experience reaches the user immediately and without interference thanks to the capacity for temporary memory storage and data processing at the end of the network itself, known as edge computing.

The Cruïlla does not aspire to be the biggest music festival in a country that holds 850 music events a year, bringing together 2.5 million “users” and generating more than 5 billion euros but, of course, it does seem to have won the medal for innovation. Forget about the so-called chills caused by watching Spiderman in 3D. Prepare to don your suit, throw cobwebs and fly through Manhattan’s skyscrapers. Let reality tremble.