Developed along with the startup NearbySensor, Edge Node allows you to manage in real time information generated by any physical device. The information can be treated locally and subsequently sent to a data management platform to automatically intervene on the managed devices and act on monitored elements such as temperature, lighting or access management, among others.

This software solution is prepared to integrate the management of different infrastructures simultaneously, which is a step forward in the development of the IoT ecosystem formed by sensors, networks and data management platforms. Together with the SmartBrain platform for data collection and management, Edge Node is part of the global Cellnex IoT solution. 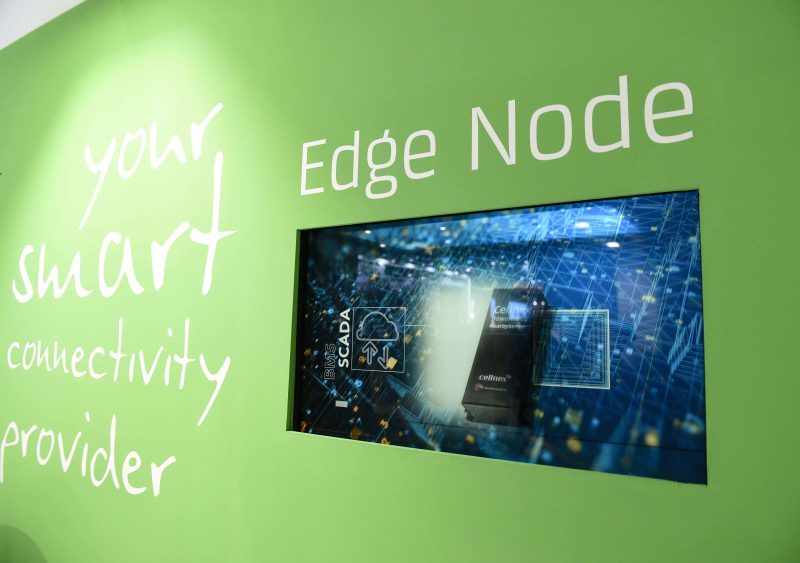 The main differential factor of Edge Node is distributed intelligence to manage processed information with minimal latency. In addition, it allows the storage of the data in case of disconnections in order to guarantee the continuity of the information. The system architecture is based on IoT nodes that allow you to completely secure the data circuit.

The Edge Node solution can be deployed in any type of building, be it offices or homes, as well as industrial or commercial buildings, hotels and hospitals, among others.

The largest IoT network in Europe

Cellnex has participated for the ninth consecutive year at the Smart City Expo World Congress in Barcelona where it has presented its latest developments in the development of IoT technologies. Among them, those related to mobility, building management, connectivity in spaces of high concentration of users, such as sports venues, security and incident detection, or material tracking.

Cellnex has the largest network dedicated to IoT at European level. At present it has more than 2 million devices connected to a network that stands out for its low bandwidth, its long range, its robustness and its energy efficiency. The network allows managing everyday situations such as traffic, resource optimization and logistics, providing reliable information in real time to facilitate decision making.

In addition to presenting developments in IoT technology, Cellnex has also participated in the conferences of the Smart City Expo World Congress on Digital Transformation 5G, where the director of Innovation and Product Strategy of Cellnex, José Antonio Aranda, has shared the company’s vision in the deployment of 5G and its applications for Smart Cities.