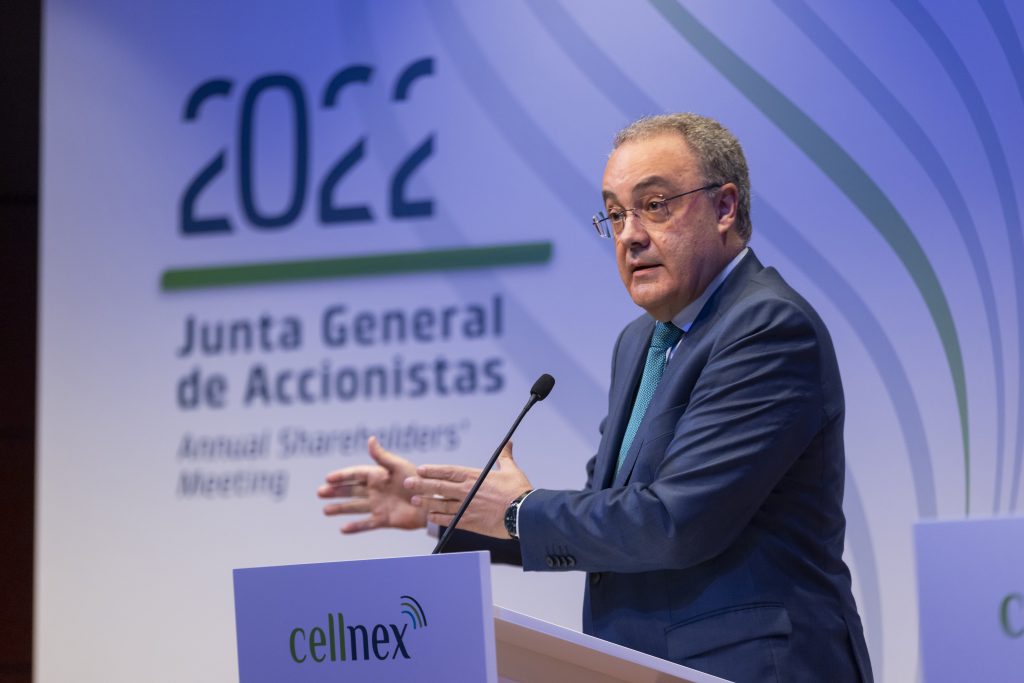 Barcelona, January 11, 2023.- Cellnex Telecom has announced the resignation of its CEO, Tobias Martinez. He will also resign as a Director. The decision will become effective after the next General Shareholders’ Meeting corresponding to the 2022 financial year, initially scheduled for June 1, 2023. The Board acknowledges the CEO’s resignation and has started the process to arrange for his succession. Cellnex has an excellent, broad-based management team that will continue to manage the business and help to ensure an orderly transition phase.

Bertrand Kan, Chairman of the Board of Directors, expressed “my appreciation and that of the entire Board for the extraordinary accomplishments of Tobias during his 8 years as Cellnex’ CEO, since its IPO in May 2015. In that time, Cellnex has grown into the main independent telecommunications infrastructure operator in Europe, playing a leading role in the transformation of the sector, and has become a key benchmark worldwide”.

“During his time at the helm of Cellnex —continues Bertrand Kan—, Tobias has shown vision, energy and expertise in leading Cellnex’ transition from a national operator, focused on the Spanish market, to a European company with a presence in 12 countries. In the process, the company has multiplied the size of its operations, resulting in an increase in Market Capitalisation of €3.2 billion at the IPO to €23 billion today, representing an average annual shareholder return of 18% and placing the group among the principal corporations on the IBEX 35 index.

Tobias’ eight years as CEO have been marked by the company’s transformation: from 7,500 telecommunications towers in a single country to 138,000 in 12 countries, serving 15 anchor tenants; the injection of 14.7 billion euros of equity in four rights issues between 2019 and 2021 to finance this growth; and the consolidation of a clear leading position in terms of corporate governance, transparency and ESG strategy”.

Tobias Martinez, CEO of Cellnex, underlined “how the current economic and financial context demands that we open a new chapter in Cellnex’ story. A new stage based on maximizing organic growth, consolidating the industrial project in the countries where we operate today and focusing on balance sheet management to achieve the goal of “investment grade”. All these factors have led me to weigh up the need for this stage of the Cellnex evolution to be led by a person with a time horizon that extends beyond December 2024, at which time my contract ends”.

He also underscored what it has meant personally to be involved in a long stage lasting more than 20 years, initially linked to Tradia and Retevisión, later operating as Abertis Telecom, and in these last eight years in “this transformational, radically entrepreneurial and exciting project that is Cellnex”.

The company is listed on the continuous market of the Spanish stock exchange and is included in the selective IBEX 35 and EuroStoxx 100 indexes. It is also included in the main sustainability indexes, such as the Carbon Disclosure Project (CDP), Sustainalytics, FTSE4Good and MSCI. Cellnex’s reference shareholders include Edizione, GIC, TCI, Blackrock, CPP Investments, CriteriaCaixa and Norges Bank.