Paris La Défense has selected Cellnex France as partner to run a 5G mmWave (26Ghz) trial at the heart of this emblematic business district. This project has a twofold aim: firstly, to test the feasibility of a neutral host model allowing the sharing of antennas and infrastructures; and secondly, to experiment with new use cases leveraging very-high-speed 26 GHz 5G (the so-called “millimetre” band) deployed in La Défense district. Mobile Network Operators (MNOs) and digital ecosystem companies are invited to join Cellnex and its partners.

Paris, 13 October 2022. As an independent provider of neutral telecommunications infrastructure and European leader, Cellnex consider the 5G trial in Paris La Défense as an opportunity to participate in a unique development project, and thereby demonstrate, once again, its expertise as a neutral infrastructure operator reference in dense environments and industrial deployments.

To ensure the success of this trial, Paris La Défense trusted Cellnex to play a central role in a consortium of companies which also includes Efficacity, Equans and Siradel.

By deploying the small cell infrastructure, that will guarantee unprecedented speeds, Cellnex and Paris La Défense plan to turn La Défense esplanade into a unique playground and experimental area for companies wishing to test use cases.

For Vincent Cuvillier, CEO of Cellnex France, “this is a wonderful opportunity to test new use cases, in real conditions, such as virtual and augmented reality with ultra-high-definition video (e.g. predictive maintenance), IoT, autonomous vehicles, and many others, as well as proving additional network capacity during public events with thousands of attendees. Interested companies including startups are also welcome to join us today”. The network is already active and ready for use. Interested companies are invited to apply online to 5G_AMI@parisladefense.com after consulting the relevant website.

Alongside these experiments open to innovative companies in the field of connectivity, the appeal of deploying 5G mmWave (26 GHz) in Paris La Défense is also to demonstrate the relevance of the neutral host model. A model that guarantees efficient and effective wireless deployment by sharing antennas and infrastructure.

“Relying on a neutral host operator like Cellnex, as we are doing here in Paris La Défense, makes it possible to limit the impact of deployment – fewer antennas – to greatly optimise the cost while also guaranteeing all operators optimal turnkey access,” concludes Vincent Cuvillier. 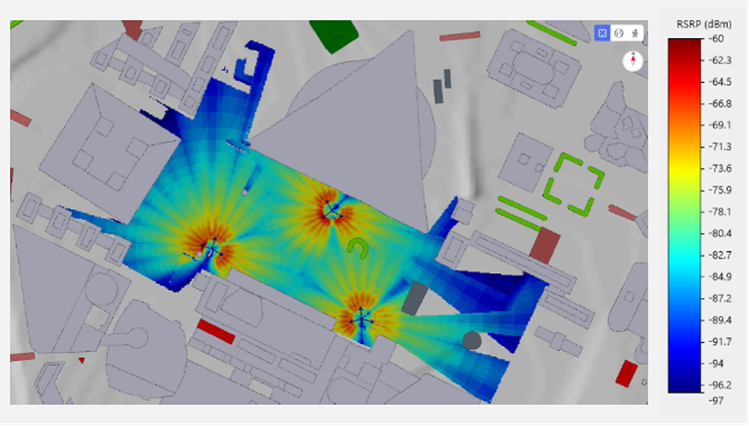 The company is listed on the continuous market of the Spanish stock exchange and is part of the selective IBEX 35 and EuroStoxx 100 indices. It is also present in the main sustainability indexes, such as CDP (Carbon Disclosure Project), Sustainalytics, FTSE4Good, MSCI and Standard Ethics. Cellnex’s reference shareholders include Edizione, GIC, TCI, Blackrock, CPP Investments, CriteriaCaixa, Wellington Management Group, Capital Group, FMR and Norges Bank.