Climate action is an unavoidable commitment for companies

Climate change is an undeniable reality accelerating day after day, and action in favor of the environment has become a business commitment that increasingly influences the activity of the private sector.

Companies must reduce their carbon footprint of their business model, and also must encourage all stakeholders to do the same. The balance between business purpose and objectives must respond to the demands of society, which calls for a cleaner planet and a “greener” future, as we could see in the COP25 held in Madrid.

This work of commitment and climate engagement, in addition, begins to be considered as a virtue and an added value by the market in all sectors of activity. In the height of non-financial information reporting, “green” and sustainable activity is an element that can decide on investments, and there already are organizations that measure the level and quality of performance in the field. This is the case of CDP, a non-profit organization that leads a global reporting system for investors, companies, cities, states and regions that traces the impact of business activity on the environment.

Cellnex has recently been included in the prestigious “List A” of the organization, which brings together the leading international companies in climate action and information transparency. CDP has only selected 179 companies globally, just 2% of a sample of 8,400 companies. And of this small sample, only seven firms have their headquarters in Spain. Among those on the list, multinational companies such as Accenture, Bayer AG, Coca-Cola, General Motors, Johnson & Johnson, Unilever, ING, Philip Morris or Morgan Stanley stand out, among others. 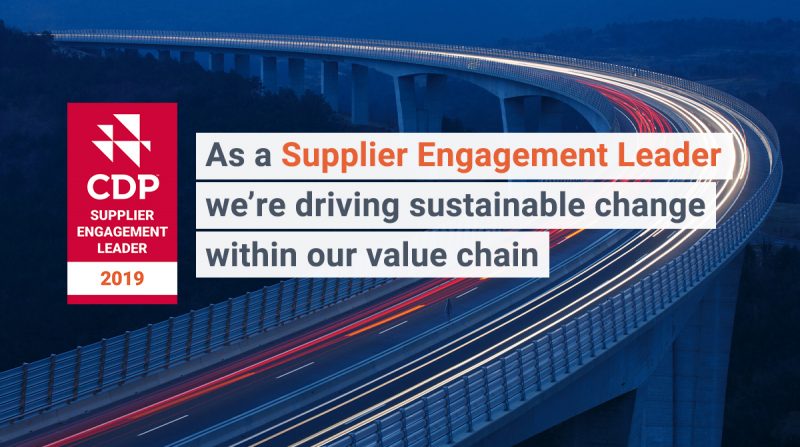 In just one year, Cellnex has increased his energy rate from a B to the highest CDP distinction thanks to the launch of climate action best practices in 2019.

According to CDP, Cellnex stands out in matters such as Corporate Governance, reducing the impact of its activity on the environment and its sustainable financial planning. It also excels in aspects such as environmental risk management and in the calculation and verification of its emissions of polluting gases in all categories.

Therefore CDP rewards the Cellnex growth model sustainability, the transparency with which the company informs its stakeholders and the involvement of the corporate governance bodies in the matter.

Along the same lines, Cellnex has also managed to be distinguished worldwide as a “Supplier Engagement Leader” by CDP. This recognition values all the actions deployed by the company to extend its climatic “A” action throughout the supply chain. This is especially relevant in environmental terms, since the emissions of the logistics operation and of relations with suppliers may have a volume 5.5 times higher than those of the company itself.

The organization highlights Cellnex engagement work, since it values the commitment to fight climate change that the company encouraged among its suppliers and business partners. Only 160 companies have been distinguished as “Supplier Engagement Leader” by CDP worldwide, from a sample of 4,800 (only 3%).

All these recognitions place Cellnex as one of the pioneering companies worldwide in the field of climate action, with initiatives whose main challenge is to meet the objectives of the Paris Agreement as soon as possible under the 2030 Agenda and gradually decarbonize the economy.