Barcelona, 13 May 2019.  Cellnex Telecom and the four social entities comprising the Third Sector Board that worked on the pilot project to equip social housing units with sensors during 2018 have agreed to extend the scope of the project to continue to move forward in the application of connectivity and technologies linked to the Internet of Things (IoT) in this type of home, aimed especially at groups at risk of social exclusion.

Thanks to the agreement by which Cellnex and the four social entities that promoted the initiative in December 2017 through the m4Social project, the number of social housing units equipped with various sensors making it possible to collect and monitor data related to energy efficiency, temperature, humidity and CO2 levels, among other indicators, will rise to 50, thereby helping these social entities to better monitor and protect these “connected” homes. The project also includes the necessary IoT platform for monitoring remote data and storage and the dashboard used to process information, generate indicators and draw conclusions.

In this regard, the pilot has already allowed the participating social entities to use the system to detect, analyse and proactively solve certain incidents linked to living conditions in these homes and to the comfort of the people living there and to take ongoing improvements to avoid similar situations from occurring in the future.

Indeed, through phase one of the project, the working group was able to validate how applying the IoT makes it possible to improve the environmental comfort of homes and minimise energy expenditure and also how it can help social entities to optimise maintenance of the housing stock, by establishing individualised operational criteria to adjust and verify to what extent the measures taken were effective; and above all, to minimise the risk of home accidents or anomalous situations through the warnings or alarms generated on the platform through any of the sensors implemented. 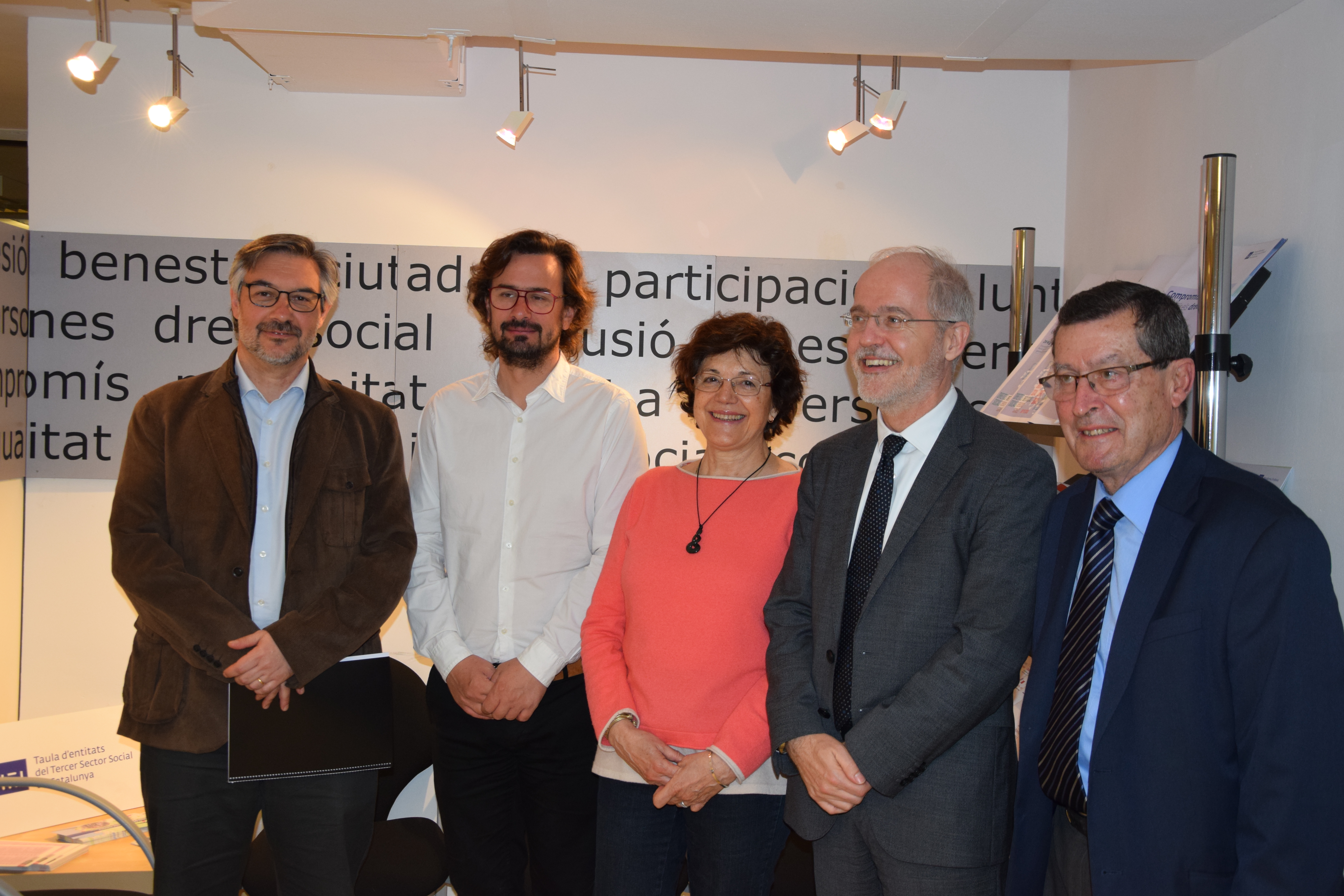 The renewal and extension of the cooperation agreement was formalised at the headquarters of the Board of Third Social Sector entities of Catalonia by Francina Alsina, the President of the Board, Antoni Brunet, Cellnex’s Director of Public and Corporate Affairs, Xavier Mauri, General Manager of the Habitat 3 Private Foundation, Sergio Rodríguez, Director of the Private Foundation for Social Housing Development and Francesc Montagut representing the Family and Social Welfare and Social Initiative Foundations.

The signing ceremony was also attended by Anna Albareda, Manager of the Third Sector Board and the people behind the m4social project.

Francina Alsina, President of the Third Sector Board, thanked Cellnex for participating in this project. “This collaboration is a clear example of how synergies between the business and social sector can be generated. We need companies like Cellnex that provide knowledge and solutions to allow social organisations to move forward in the process of digital transformation and work in a more efficient and innovative way. The study has provided some very useful data allowing social entities to better manage housing while better serving people”.

From Cellnex, Antoni Brunet, Director of Public and Corporate Affairs stated “we are very satisfied and committed to this project, which proves the value the ICTs can bring to society, especially for people at risk of social exclusion. In an increasingly digital and digitised society, we are convinced that connectivity will become a basic service, just like access to water, gas or electricity, especially to reduce what has come to be known as the digital divide. And our social responsibility as a company also means us providing as much as possible our knowledge, resources and experience in this field to help bridge that divide”.

About the Third Social Sector Board of Catalonia

The Third Sector Board is an institution that defends social rights in Catalonia. It represents 36 federations bringing together more than 3,000 Catalan social entities working to promote inclusion and social cohesion. The social entities of the Board cater to 1.5 million people in a situation or risk of social exclusion, with 87,700 workers, 367,000 volunteers, 559,000 members and 563,000 donors. In addition, the social sector represents 1.37% of Catalan GDP.

m4Social is a Third Sector Board project that connects social action and the technological world to accelerate the digital transformation of care for people and to contribute to the empowerment of citizens and social entities. m4Social enjoys the support of Barcelona City Council, the Regional Government of Catalonia (Generalitat), Obra Social La Caixa charity Foundation and the Mobile Word Capital Barcelona Foundation.

Cellnex Telecom is Europe’s leading operator of wireless telecommunications and broadcasting infrastructures with a total portfolio of 45,000 sites throughout Europe, including forecast roll-outs up to 2027. The company operates in six countries: Spain, Italy, the Netherlands, France, the United Kingdom and Switzerland.

The company is listed on the continuous market of the Spanish stock exchange and is part of the selective IBEX 35 and EuroStoxx 600 indices. Cellnex is part of the FTSE4GOOD and CDP (Carbon Disclosure Project) and “Standard Ethics” sustainability indexes.

Cellnex has a Corporate Responsibility policy based on international standards (such as the United Nations Global Compact) and takes on board the specific ISO8000 management framework. The company has a CR Master Plan setting out the objectives, actions and monitoring indicators of the various sustainability areas defined. Every year the company publishes its Integrated Annual Report, prepared according to the GRI standard and audited by an independent third party.