The loan will be used to finance the group’s internationalisation drive.

The loan from the ICO is for twelve years, including a two-year interest-only period, from the date of signature, and will be used to finance investments linked to helping set up in other European countries, mainly France. With this financing, the ICO – like the EIB in December 2017 – is helping to boost Cellnex’s activity in third markets and to reinforce its strategy of fostering the internationalisation of Spanish companies.

Cellnex Telecom has 45,000 telecommunications towers and sites – including those covered by recent agreements reached in France, Switzerland and Italy – making it Europe’s principal independent operator in the management of telecommunications infrastructures. Along with the significant inorganic growth and internationalisation achieved in recent years, Cellnex is emerging as one of the key players in the roll-out of the future infrastructure ecosystem associated with 5G in the six countries in which it operates. Particularly significant in this regard are the company’s projects in the field of small cells, Distributed Antenna Systems (DAS), fibre-optic interconnection to the towers and rolling out and hosting distributed data processing centres in the network.

Cellnex Telecom’s investment plan rests upon meeting its goal of sustained and sustainable growth to ensure the competitiveness and attractiveness of the project in both the medium and long term. To this end, its strategic challenges include maintaining its internationalisation momentum, consolidating positions in the six countries in which it operates – Spain, Italy, France, Switzerland, the Netherlands and the United Kingdom – and exploring new growth opportunities in the rest of Europe.

With this strategy, the Group is pursuing the following objectives: expanding its customer base; achieving geographic diversification in countries with a good credit rating; creating a European platform for telecommunications infrastructures; preparing the implementation of infrastructures for 5G, while improving the business risk profile. 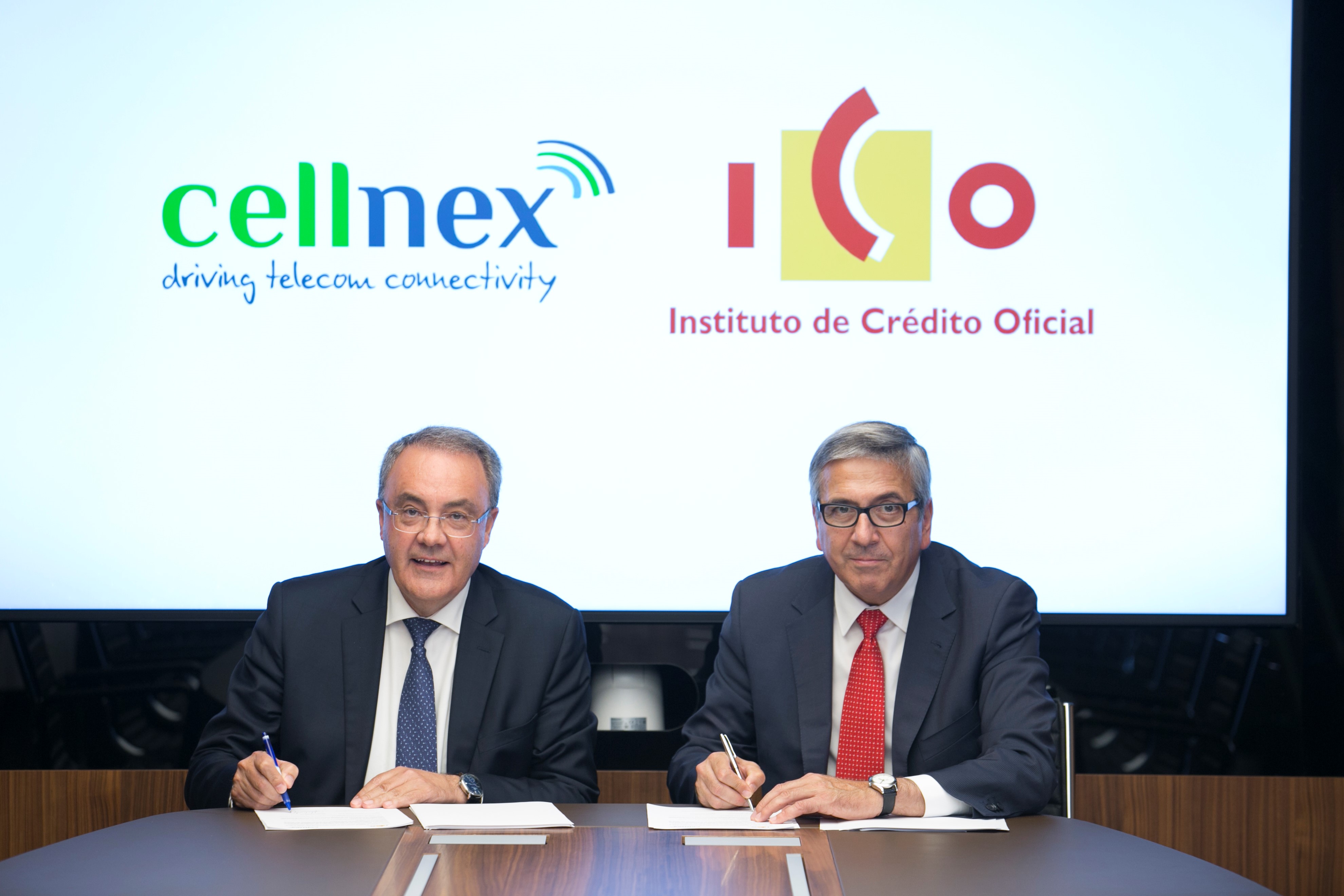 From left to right: CEO of Cellnex, Tobias Martinez and Chairman of the ICO, José Carlos García de Quevedo

The Official Credit Institute (Instituto de Crédito Oficial – ICO), is a corporate state-owned entity attached to the Spanish Ministry of Economy and Business. The ICO has become a benchmark in financing both SMEs and large investment projects. The ICO helps to grow businesses and create jobs, promoting economic activities whose social, cultural, innovative or environmental importance deserve promotion and development.

Cellnex Telecom is Europe’s leading operator of wireless telecommunications and broadcasting infrastructures with a portfolio of 45,000 sites including forecast roll-outs up to 2027. The company operates in Spain, Italy, Netherlands, France, Switzerland and the United Kingdom.