Through the m4Social project, Cellnex Telecom and the Third Sector Board are setting up a pilot project to equip six homes with sensors that will allow remote data to be gathered and monitored to anticipate possible risk situations and optimise the use of resources in these “connected” homes

Barcelona, 18th December 2017.  Cellnex Telecom and four foundations integrated into the Third Social Sector Board of Catalonia have signed a cooperation agreement to perform a social housing project by applying sensorisation and connectivity technologies linked to the Internet of Things (IoT).

Through this cooperation agreement, the telecommunication services and infrastructure operator will equip six homes, for people at risk of social exclusion, with several sensors that will allow data to be gathered and monitored – essentially concerning energy consumption and efficiency in these homes – as well as detecting temperatures and other indicators to make it easier to monitor these “connected” homes.

For the foundations that manage these properties, Cellnex will also configure the IoT platform required for the remote storage and monitoring of the data, as well as the control panel from which to process the information and generate indicators.

The signing ceremony was also attended by Adolf Díaz, Vice-chairman of the Third Sector Board, Toni Codina, the entity’s General Manager, and the coordination team of the m4Social project.

Antoni Brunet, Cellnex’s Director of Public and Corporate Affairs, emphasised that “This agreement with the Third Sector Board is a practical and concrete demonstration of how digital technologies can help reduce risk situations, to track deviations and anomalies that may be indicating a type of problem in these homes. We are beginning this experience in areas that affect the monitoring of water, gas or electricity consumption and energy efficiency, but in future we will have to think – together with the Public Administrations – about how the connectivity of these homes to broadband services is a basic service such as access to water, gas or electricity.” 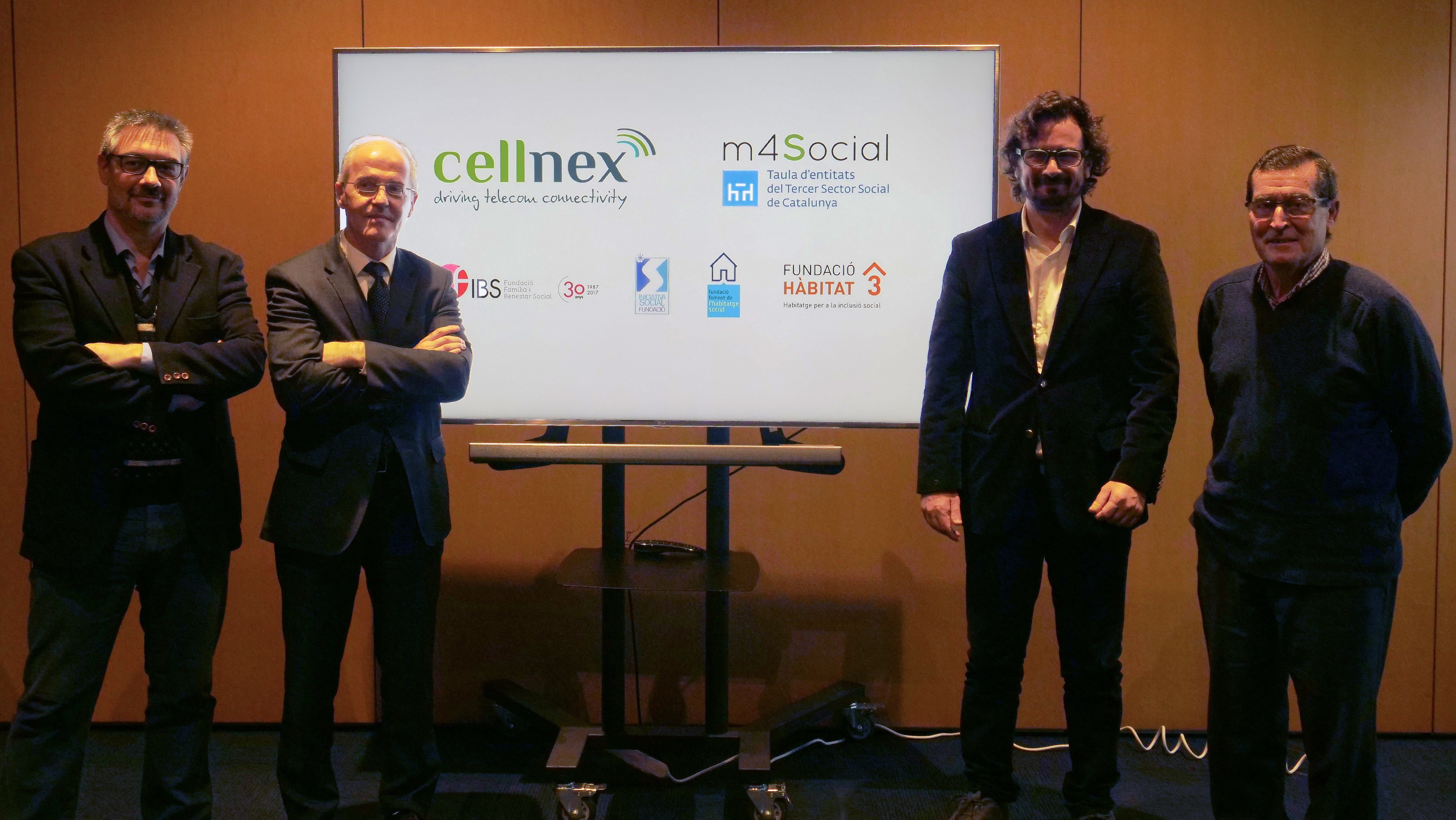 ‘M4social’ is a project of the Third Sector Board that connects social action and the technological world to accelerate the digital transformation of personal services and to contribute to the empowerment of citizens and social entities. “M4social” has the support of the Barcelona City Council, the Government of Catalonia, Obra Social “La Caixa” and the Mobile Word Capital Barcelona Foundation.

Cellnex Telecom is Europe’s leading independent operator of wireless telecommunications and broadcasting infrastructures with a total portfolio of more than 21,000 sites all over Europe. The company operates in six countries: Spain, Italy, Netherlands, France, the United Kingdom and Switzerland.

The company is listed on the continuous market of the Spanish stock exchange and is part of the selective IBEX 35 and EuroStoxx 600 indices. Cellnex is also part of the FTSE4GOOD and CDP (Carbon Disclosure Project) sustainability indexes and has recently been included in the Standard Ethics index.

Cellnex Telecom has a Corporate Responsibility policy based on international standards (such as the United Nations Global Compact) and takes on board the specific ISO26000 management framework. The company’s CR Master Plan sets the objectives, actions and monitoring indicators of the various areas of sustainability defined. Each year the company publishes its Integrated Annual Report, prepared according to the GRI standard and audited by an independent third party.

Representatives from Cellnex and Foundations participating in the project