The radio-electric spectrum is like a highway through which radio, television or telephone signals pass. This space is regulated by governments and its use is gradually changed according to needs and innovation, doubling lanes or diverting traffic to facilitate traffic flow.

The emergence of 5G technology and its projection as a catalyst for the competitiveness of the business fabric and facilitator of new products and services for citizens led the European Union to call on member countries to free up one of the lanes –the 700 megahertz (MHz) band– to allow faster-travelling “data” to flow over them.

The so-called “second digital dividend” consisted of clearing the road and preparing it for traffic of the long-awaited 5G technology, safety and emergency networks and other telecommunications uses.

This route –between 694 and 790 megahertz– had been occupied by digital terrestrial television signals (UHF channels 48 to 60 included) managed by Cellnex, which was one of the bodies responsible for the complicated mission of diverting traffic without affecting users, in a commendable experience of public-private collaboration.

The engineers and technicians at Cellnex, the company that rolled out DTT in Spain and has a network of broadcasting facilities of more than 3,200 sites with remote control and monitoring systems, began to take on the mandate in 2019 and recently finished the task in October after a three-month extension caused by the difficulties associated to COVID-19 lockdowns.

This task, which the Spanish Government itself considered to be “highly complex”, was carried out in stages, with no interruptions in service or obsolescence in television sets, although it required the coordination of the thousands of transmission centres distributed throughout the country, by dividing it into 75 geographical areas, with varying degrees of affectation and adaptation solutions. 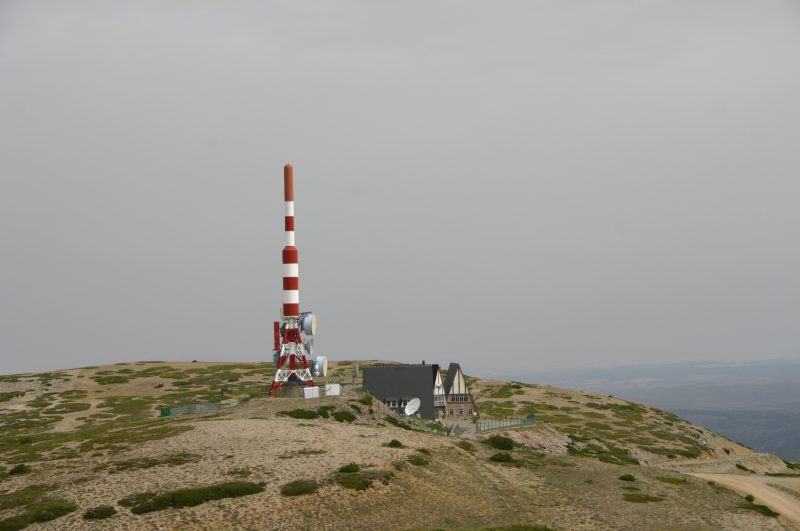 Cellnex was already familiar with reorganising traffic, since in 2015 it implemented the first “dividend” –a concept that combines the two meanings of the word in the sense of division and distribution– by also freeing up the 790 – 862 megahertz frequency from television services for the roll-out of the 4G network.

The second “reassignment”, led by the Secretary of State for Telecommunications and Digital Infrastructures of the Spanish Government, involved the participation of operators, broadcasters, antenna installers, property administrators, equipment suppliers and even the media, helping to inform the public about a change to the service which in most cases involved nothing more than retuning their set.

“For us, success was achieved thanks to a large-scale joint effort involving practically the entire Cellnex Spain team in a project led by Engineering and executed by Network Operations and our International Service Operation Center”, explains Albert Cuatrecasas, General Manager of Cellnex Spain.

Cellnex has modified 2,800 sites, some of which are in remote locations and in others involving various actions due to the technical complexity, with the premise of minimising the impact on 37.5 million users. The modifications required temporary simultaneous broadcasts on different frequencies, adapting collective antennas in more than 1.1 million buildings and retuning television sets in 20 million homes.

These two “dividends” have compressed the band in which the television signal is transmitted and forced Cellnex to carry out a complex “tetris” to relocate the channels without harming the service. In fact, far from congesting services, the reassignment of traffic has made it possible to optimize a series of highways which, until very recently, were practically county roads.

“Now DTT takes up less space, it is more spectrum-efficient because channels have been grouped together and geographical areas have been joined together according to orography and the situation of the antennas, therefore the same frequencies are used for more areas”, explains Mr Cuatrecasas. “Ten years ago, we had seven analogue channels, now the offer of DTT television is much richer in terms of channels and content.”

Having ruled out a third “digital dividend”, television channels –a strategic vehicle that not only entertains, but also fulfils an essential task of informing and educating– will remain in the current frequency range at least until 2030, although the transmission challenges are not over yet.

“The immediate concern is the migration of all content to HD, scheduled for the end of 2022. This will be a transparent transition for the public and will require no significant adaptations since the stock of receivers is practically ready. Then we will witness the arrival of ultra-high definition (UHD) contents, which are already being tested, and the explosion of hybrid services combining the best of the broadcast world – DTT, with the broadband world – Internet.”

Now that the 700 MHz frequency has been freed up, the Spanish government will auction the spectrum for ultra-fast networks to telecommunications operators, foreseeably during the first quarter. This is a “toll road” since the 2021 budget forecasts an income of just over €2 billion, almost five times more than the amount entered in the July 2018 bid for the space allocated to 4G.

“Now is the time for imagination. We have the frequencies available and the infrastructures ready, now is the time for the creators to invent the services of the future”, explains the Manager of Cellnex, a company that participates in several use cases of the new technology which, for the time being, use other frequencies.