Mobile World Congress, MWC Barcelona, 3GSM, call it what you may, has been a fixture in my diary for over two decades both as an attendee and as part of the organisational company. The event’s cancellation in 2020, the first significant exhibition casualty of COVID, is still etched clearly and painfully in my head – I sat and pressed the button that announced the cancellation to the world at 19.15 on 12 February!

MWC has always been a major event for our industry, a place to see and be seen with some of the coolest tech – Porsche branded tablets, folding phones and connected toothbrushes, anyone? The biggest and most amazing stands that I have ever seen, costing a huge amount of money – Vodafone had a whole Connected House one year; I sat in Samsung’s VR event – which felt like being in another world; met Sophia the Human droid (weirdly creepy and uncomfortable) and it is a place to listen to the great and good speak in the keynote sessions including, Erich Schmidt, Mark Zuckerberg and even the likes of Lewis Hamilton and Duran Duran!!

MWC2022 would be the first major event since the pandemic began for many people, including me. So it was with a bit of trepidation that I attended. The last time I was there, the event drew 130K people across Fira Gran Via, 4YFN at Montjuïc and YOMO the Youth Festival, it could take an hour to get a cab, and every wonderful restaurant in this beautiful city was taken up by those loud tech types. The event organisers estimated that this year, around 60,000 attendees roamed the multiple halls of the vast Fira complex over the week – do you know it is 1.2km from one end to the other of Gran Via?

So how did it feel to be back?

Well, I can say without a doubt that the overwhelming feeling from everyone was that it was great to be back, great to see old friends, great to be with our industry and great to feel a bit of normality in a continuingly uncertain world – masks 24/7 notwithstanding!!

Unlike other years, I didn’t feel like one or two major or dominant themes were being discussed. There were new devices, of course, but nothing that sexy. There was also some discussion about the next phase of 5G rollout, the ongoing convergence of IT and telecoms, the development of the Open RAN ecosystem and sustainability. I expected the newbie ‘Metaverse’ to make a riotous appearance, but it quietly appeared on the edge of the event and kicked its heels a bit.

This year was a smaller, more focused and more personal affair and all the better for it, I think. There were some absentees in terms of exhibitors. Alongside the usual larger companies, it was interesting to see the very dynamic and innovative ecosystem of smaller companies and start-ups. 4YFN (Four Years From Now) has always been about the start-ups but was never intrinsic to the event until this year, when they were needed to fill a hall at Gran Via! And it feels about time they sat with the grown-ups!

For the first time in over a decade, I pretty much stayed in one hall and on one stand. The Cellnex stand was fantastically situated on the main thoroughfare in Hall 4, leading to the main auditoria. With Platinum tickets costing around €3k, only the C-Suite could afford to attend the keynotes, and they all walked past our stand. The stand was clean and crisp and stood out in elegant simplicity – really well-done team. 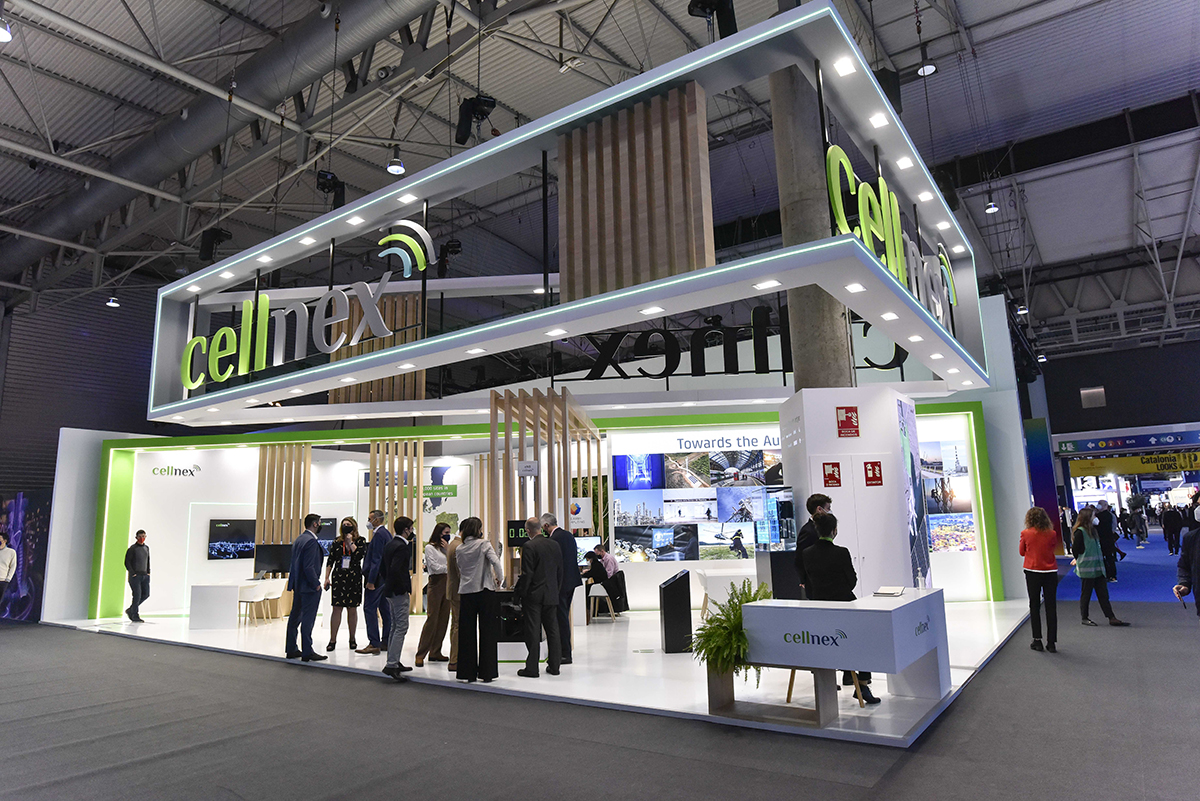 From the time the event opened, the Cellnex stand was busy with visitors wanting to talk to us. As well as the Corporate senior team hosting meetings, the stand was the home to a number of the Country MDs as they met with respective customers, ministers and dignitaries from their home countries. Seems odd that we have to come all this way to meet with our Governments, but the meetings were short, focused and opened many doors for when we all got home.

We will also participate in the Manufacturing Summit, and Cellnex UK’s Catherine Gull gave a great speech on Private Networks for industry 4.0. Oscar Pallarols presented the panel ‘The next revolution Quantum Communications‘, with the participation, among others, of the Barcelona Supercomputing Center and the Institute of Photonic Sciences. Besides, Antoni Liria and Mirko Masi wrapped up the second day with a live-streamed event discussing ‘Creating value for Mobile Operators: The Augmented TowerCo‘. Mikko Uusitalo, Cellnex Global Private Network Director and CEO of EDZCOM, was busy on the stand sharing the developments and use cases in the Private Network environment. So our presence and voice were well and truly seen and heard across the show floor!

I did say that there wasn’t one theme that came out of the show, and maybe that is not 100 per cent correct. In the shadow of the Ukrainian invasion, this year’s theme at MWC for me had to be about people and friendship – and I am happy to raise a glass of delicious Spanish wine to that – long may it continue!

Climate change and the credibility of a basic commitment

Sustainability is not a fad, it&#8217;s a conviction